Wednesday is a Fed Day – a day in which the Federal Reserve concludes their scheduled meeting and releases a policy statement. Fed Days have historically shown a bullish inclination (up until Powell took over last year, as I showed on Sunday). One interesting aspect of Fed Days that I covered in the book is that the bullish inclinations have basically played out prior to the actual Fed announcement. Sharp moves often occur after the announcement, but they have not been consistently bullish or bearish historically. This can be seen in the two studies below. 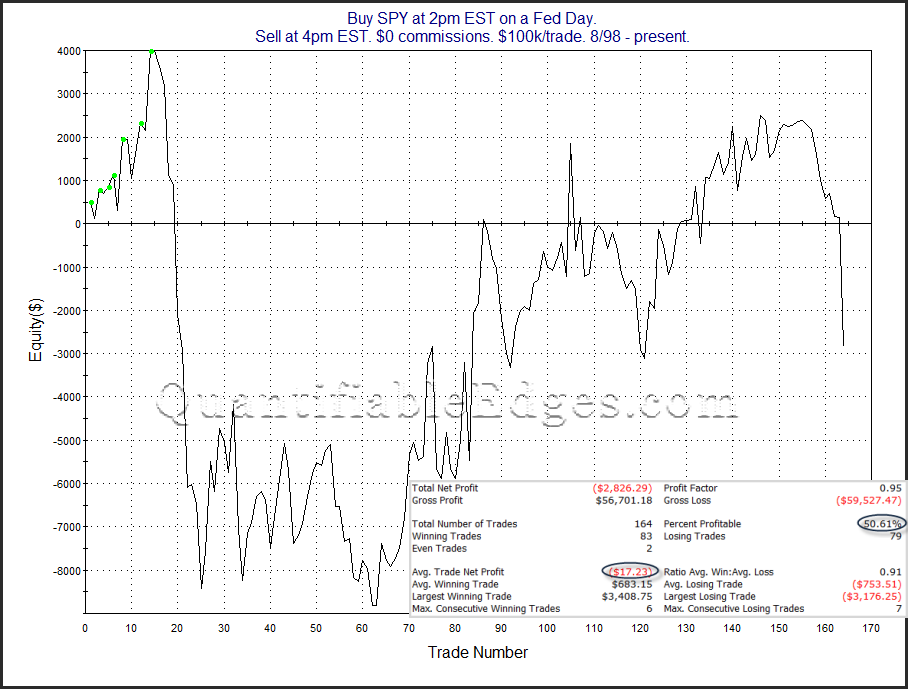 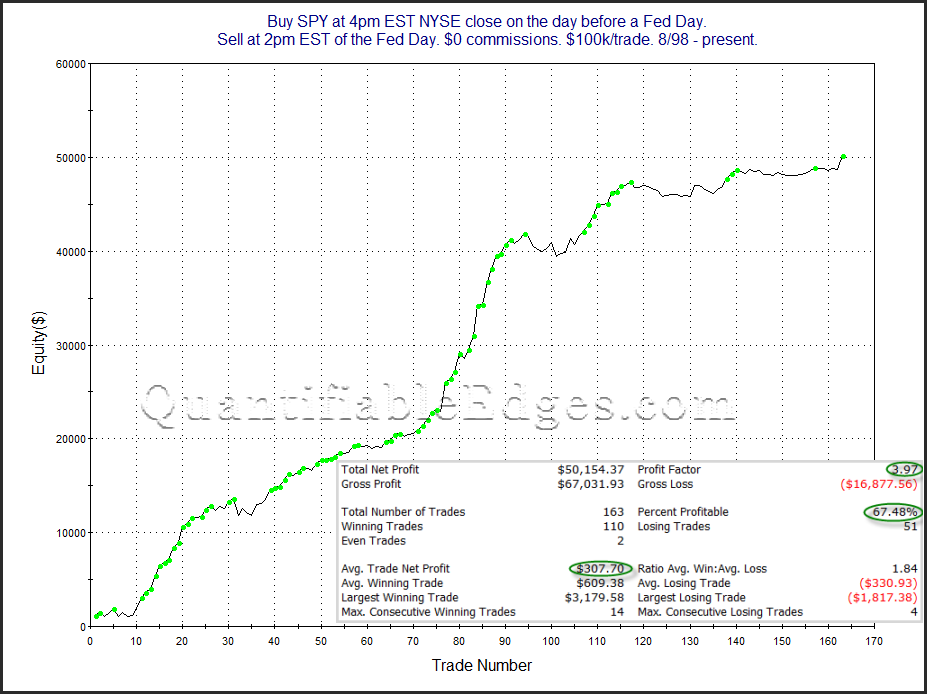 A couple of notes:

1)      The 2nd test is showing 1 less instance, because my data provider was missing intraday data for 1/30/2007, which was the day before the Fed Day.  So no purchase was triggered.  But in looking at ES futures data that day, it closed up a mere 1 tick (0.25 points).  So that trade had very little impact on results.

2)      There were a few days where the Fed announcement came out before 2pm.  (Between 2010 and 2012 they had some early announcements at 12:30.)  Additionally, the formal announcement for a long time was 2:15pm.  In any case, making minor adjustments for the actual release time would make very little difference, and the point would remain exactly the same.  The bullish edge has all been realized prior to the actual announcement.  After the announcement, returns have been very inconsistent.

Have a happy Fed Day tomorrow!