The Fed meeting this Tuesday and Wednesday is being closely watched by Wall St. Policy changes and rhetoric about future policy could set the tone for trading. A rate hike is currently expected, though there is some doubt. Futures are currently pricing in about a 76% chance of a hike on Wednesday.

In addition to rate policy, the Fed could also look to make changes to its Quantitative Tightening (QT) policy. An easy way for them to move from a hawkish to a more dovish approach at some point would be to reduce the monthly QT schedule. The current schedule calls for allowing up $50 billion per month to roll off the books through expirations that are not reinvested. The breakdown of the $50 billion is $20 billion in AMBS and $30 billion in treasuries. But looking at the treasury expiration schedule shows us that we are now in a period where $30 billion of expirations is becoming rare. This can be seen from the table below, which is taken from the Fed’s website. 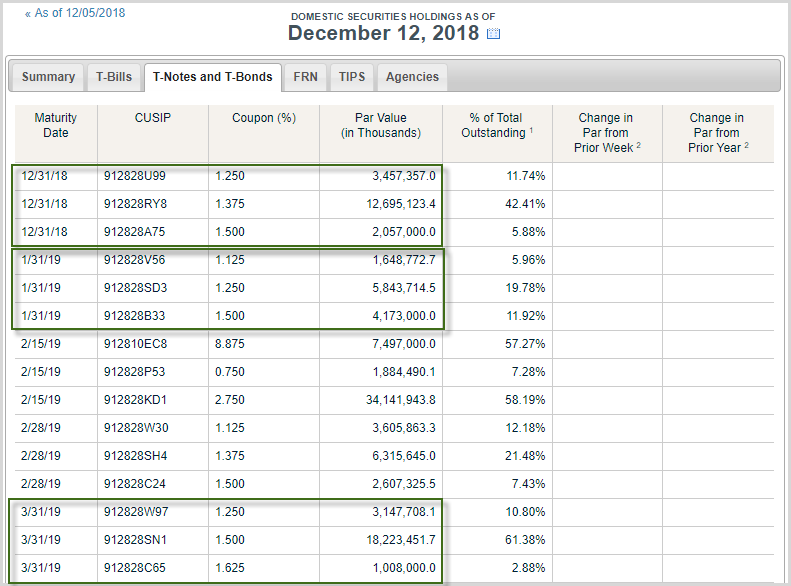 December will see a $18 billion worth of treasuries maturing. January will be even lighter with less than $12 billion in expirations. And after a big QT amount in February, March will also fall well short, with $22 billion set to expire.

The big takeaway with regards to QT is that December and January will have greatly reduced amounts without any policy changes. There is little reason for the Fed to even consider changes here until the January meeting at earliest. And $50 billion per month will only be reached occasionally after that.

QT can serve as a headwind for the market. But that headwind will not be as strong the next couple of months.

To learn more about how these kind of Fed policies have impacted market movement over the years, you may download the Fed-Based Quantifiable Edges for Stock Market Trading for free. More info here.