Home » Quantitative Study » Why Monday’s Low Volume Was A Positive

One thing I liked about the breakout on Monday was the low volume. Textbooks often refer to this as a negative, but the study below, which I have shown a number of times over the years, shows that for major market breakouts it has actually been a positive This first stats table examines fresh breakouts (1st new high in a least 2 weeks) that have occurred on DECREASING volume. 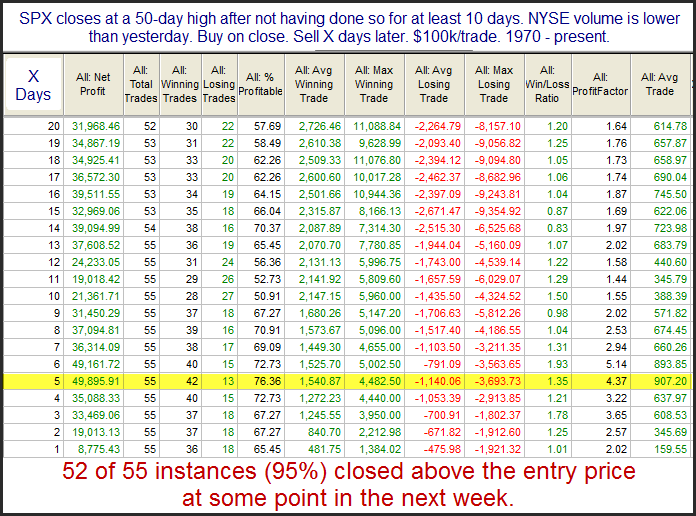 Here we see that there appears to be a strong upside inclination over the first week. Beyond that there isn’t too much of an edge.

Next, I ran the stats when the breakout came on increased volume rather than lower volume. Those are shown below. 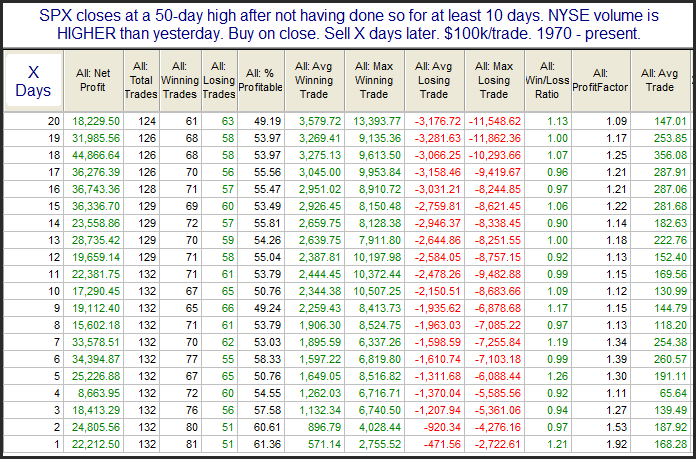 As you can see, higher volume breaks to new highs do not carry the same bullish implications. These stats appear to be almost dead neutral. So bulls should not be worried about Monday’s lack of volume. In fact, they should be encouraged by it.