Many traders have heard the term “Turnaround Tuesday”. And with the market a bit short-term oversold after the selloff the last few days many traders are also hoping we see a Turnaround Tuesday. But are they just a myth? I recently put them to the test.

Here we see going back to 1960 that Tuesday had the only positive results of the week.

What if the market was down 2 days (as it is now) instead of just one?

Tuesday is again positive, but in this case Thursday has actually performed a little better.

Here again Tuesday is the star of the week.

But these tests all went back to 1960. What if we instead just look at more recent times? Below I show results for just this decade: 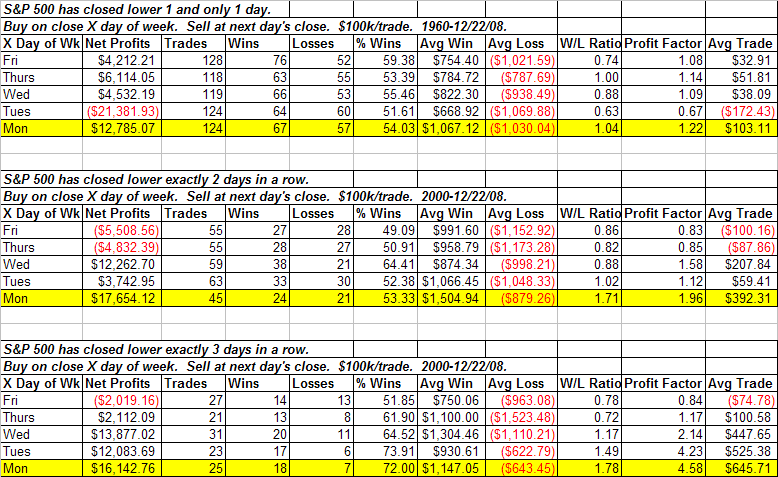 In all cases Tuesday shows by far the best potential for a turnaround. The results are even better recently than if you look back 58 years. It appears Turnaround Tuesdays are real…and they’re not just for old folks.