Yesterday’s post looked at the propensity of the market to chop vs. trend. The basic conclusion was that the market has shown less tendency to trend and more tendency to chop over the last few years. This was especially evident when looking at a long-term chart.

Today I’m going to show the tendencies on an intraday basis. The break down will be similar to yesterday. The first chart shows results of buying any up bar and then exiting on any down bar. 15 minute bars are used for all the tests below. 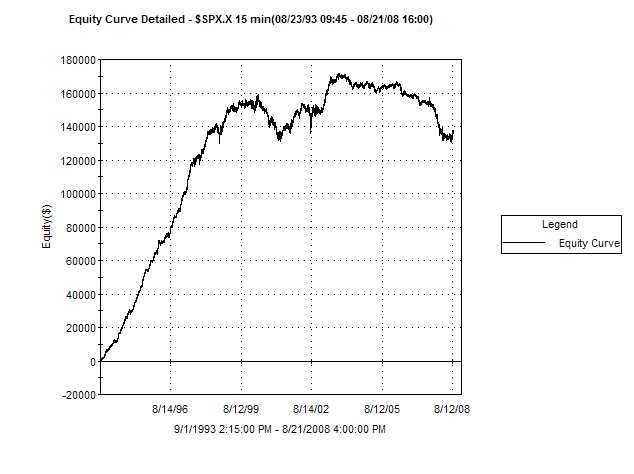 A rising graph would show a propensity to follow through and a falling graph would show a propensity to reverse. A flat graph wouldn’t favor either. One note about all these graphs is that the day is closed out flat. There is no overnight holding since we are only measuring intraday tendencies. Throughout most of the 90’s, the easiest way to make money intraday was to find an uptrend an jump on it. As with daily bars, that seems to have changed over the last several years.

What about shorting down bars? How has that worked? 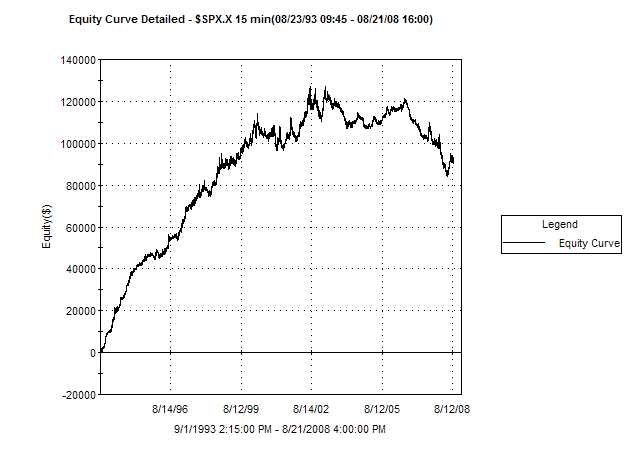 Similar to buying strength, shorting weakness worked well in the 90’s. Over the last few years it has struggled. Even with the difficult stock market performance this year, downmoves have shown a higher propensity to reverse than to continue. The May-June period was a notable exception.

Now for the combination. The rules are basically the same as yesterday buy on an up bar and then reverse and short on a down bar. Again – no overnight holding since intraday trends are the issue. 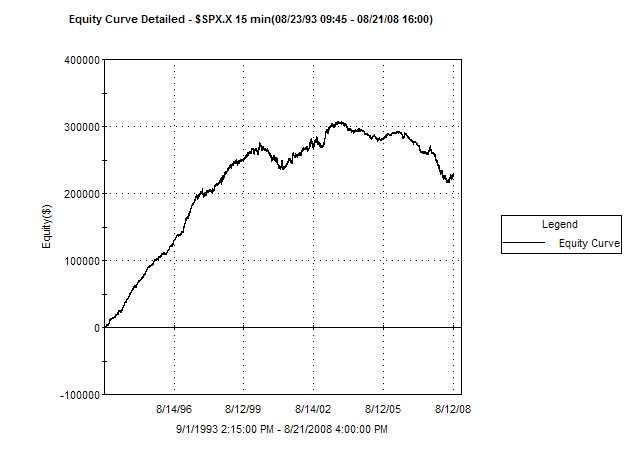 No surprise here –trending behavior was favored until around 2003 when the market shifted to a significantly more choppy environment. The most pronounced choppiness has occurred in the last year and a half, suggesting the last year and a half has rewarded intraday reversal trades and punished intraday trend trades more than any time in the last 15 years.
Now for the long-term look back. For this test I was able to run the data back a little over 25 years. 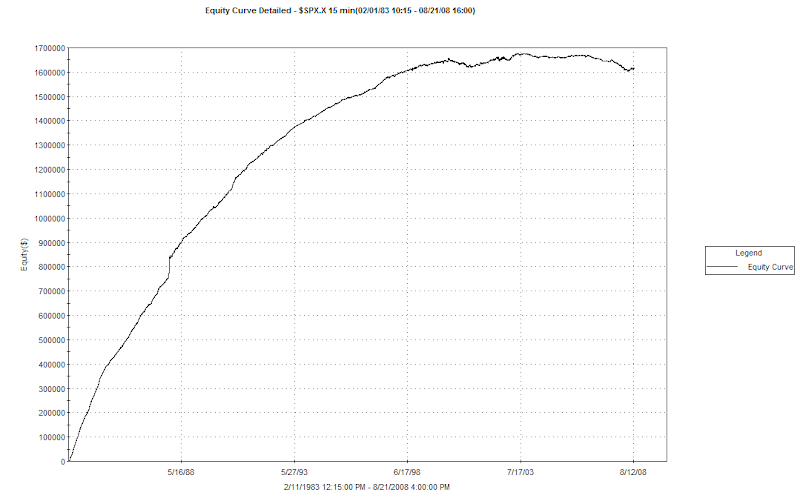 As was seen with the daily bars yesterday, the propensity to reverse rather than trend is a relatively new phenomenon. Intraday traders would do well to consider the consequences of these tendencies when developing intraday strategies.
0 Shares
Tweet
Share
Share