Home » Quantitative Study » The Remarkable Persistency of the “not QE” Rally

The persistency of the rally over the last 3 months has been amazing. The chart below is of SPX. I have marked where the Fed announced the “not QE” program back in October. The blue line is the 10-day moving average of SPX. 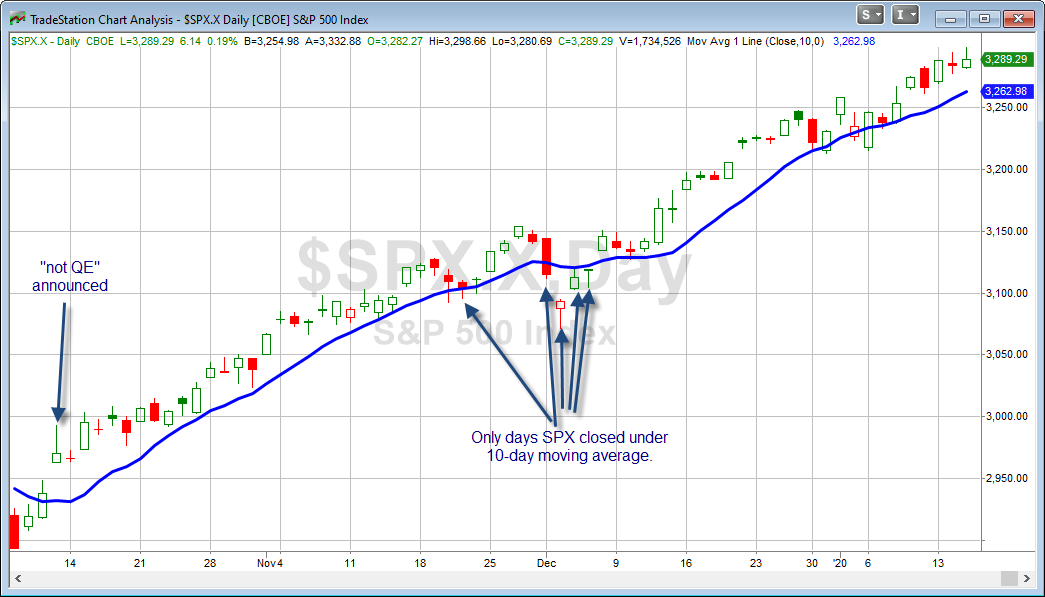 Note: The article above is an excerpt from last night’s Quantifiable Edges Subscriber Letter