I have seen a fair amount of hubbub about the Russell “Death Cross” that is happening today and the potential bearish implications for the market. A “Death Cross” is a catchy (though perhaps not terribly accurate) term for when the 50-day moving average of a security cross below its 200-day moving average. It is being promoted as a warning of a potential bear market. Of course all bear markets will see this happen at some point, because a bear market is an extended decline. But the real question when considering the implications of the Death Cross are whether it serves any value in predicting a bear market. To answer this I did an examination of past Russell Death Crosses, and what they meant for the S&P 500.

Both of my data sources show Russell data back to late 1987. And since I need 200 days to calculate a 200-day moving average, the earliest the study could look back to was 1988. 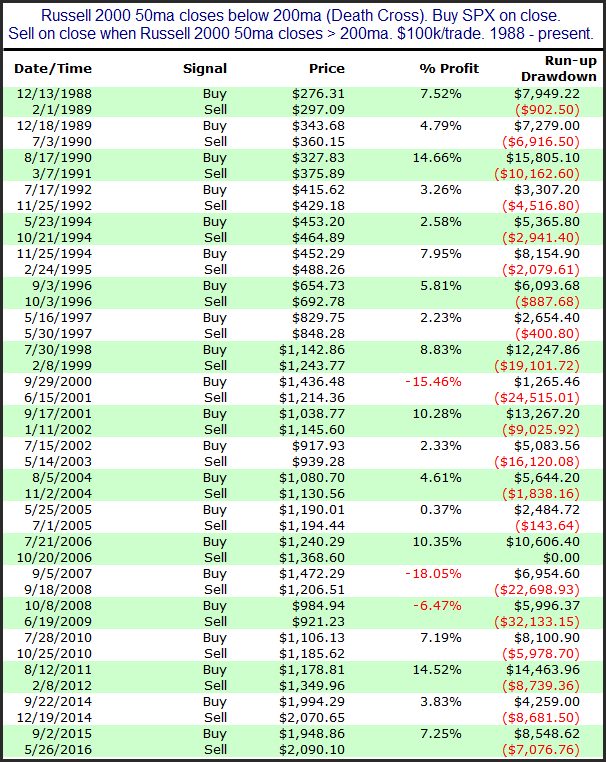 Eighteen winners. Only three losers. So 86% of the “predictions” were wrong. Here is a look at the summary stats and a profit curve for this setup. 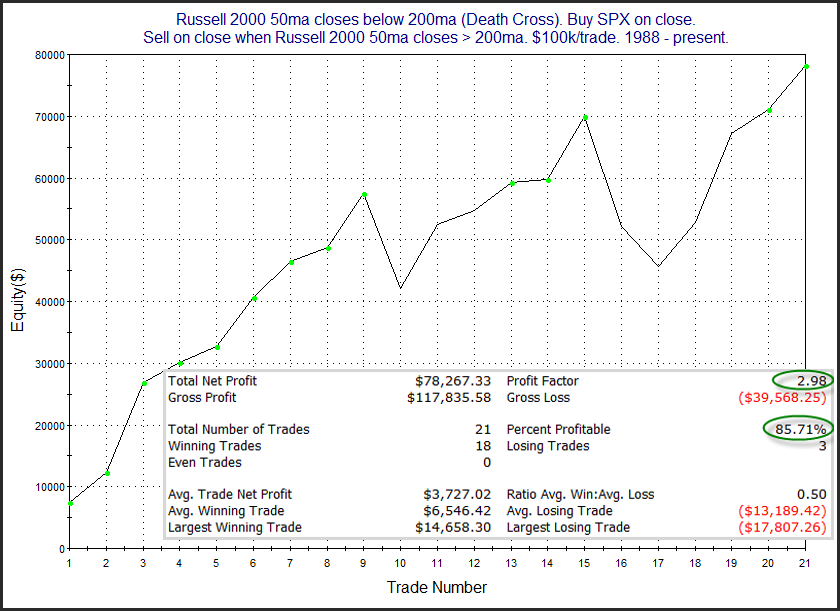 I am having a hard time seeing the Russell 2000 Death Cross as a bearish indication. You would have a much easier time convincing me this is a bullish indication for the intermediate-term.