The SPX made a Golden Cross formation on Monday. A Golden Cross occurs when the 50ma crosses over the 200ma. Having the 50ma above the 200ma is commonly considered a bullish market condition – and generally it is. I used my Norgate data and Amibroker software to look back as far as 12/31/1928. Below is a list of all Golden Crosses since then. (Note that prior to 1957, S&P 90 data was used. The S&P 90 is considered the predecessor to the S&P 500.) 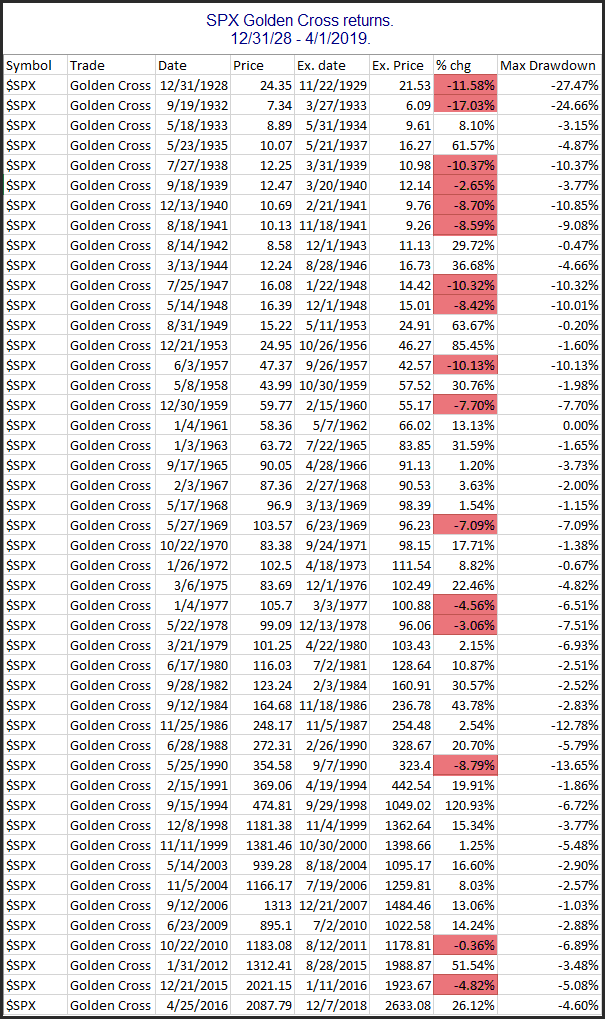 Since the 1961 trigger, the Golden Cross has served as a fairly good timing device to sidestep large portions of bear markets. But prior to that it was not nearly as effective. This can be seen in the drawdown chart below. (Note: Overnight Fed Funds rate was used to calculate nightly interest starting in July 1954, which is as far back as my data goes. Prior to that, no interest rate was assumed when out of the market.) 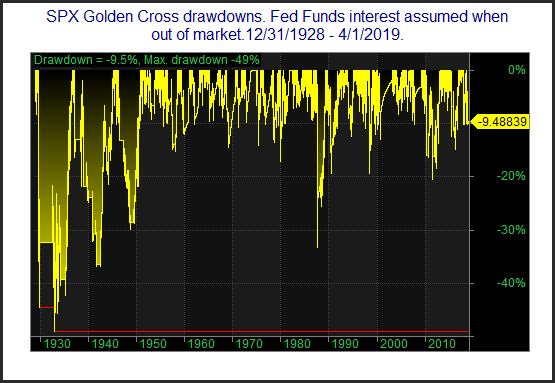 While drawdowns have been mostly quite moderate since the mid-50s, prior to that there were some very large drawdowns to endure. Even with these drawdowns, the Golden Cross would have beaten “Buy and Hold”. Generally, I consider it a bullish indication. But it is not a bulletproof long signal.