I received an interesting question from a subscriber about the lack of action in the CBI and whether there have been successful bottoms in past that occurred without a spike in the Capitulative Breadth Indictor. With moves to 10 or higher in November, January, March, and July it would seem curious we only reached 5 last week.

While somewhat rare, there have been bottoms that did not see the CBI reading reach 7 or higher at any point in the downmove. The most recent was the May-June selloff in 2006, which peaked at 5 on the May leg down and only reached 3 on the June leg down. This can be seen in the chart below. The CBI is the indicator in the bottom pane. The S&P 500 is charted on top. 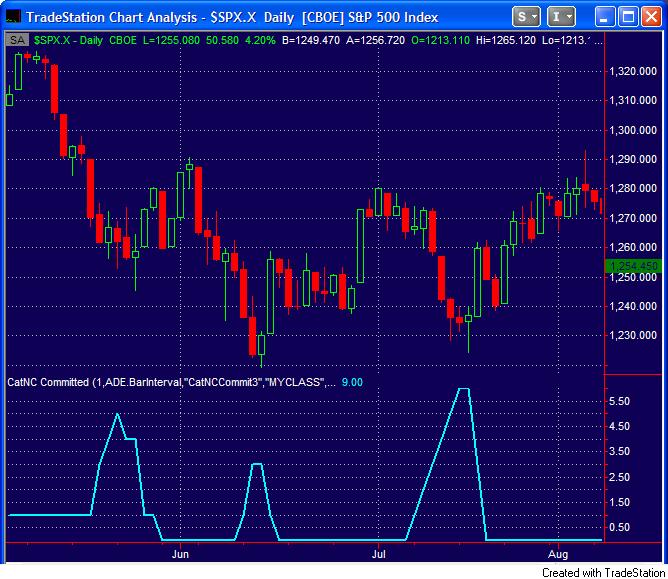 The March, 2001 bottom which led to a 2-month rally in the S&P had a CBI reading that peaked at 6. During the sharp selloff in October of 1997 the CBI only reached 4.

The one that might seem most similar to the current situation is October of 1998. After spiking huge in August (similar to July of this year), it hardly budged on the October leg down, peaking at 5. 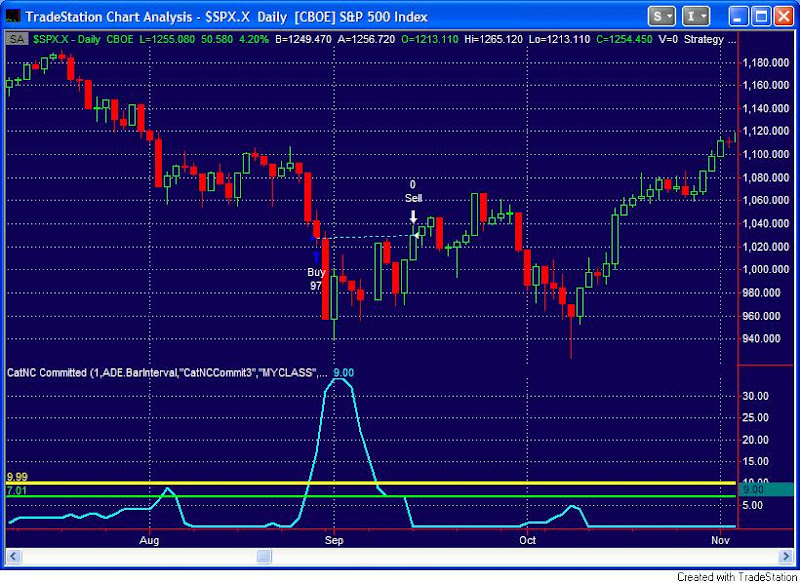 While I don’t store intraday readings, I did notice on Thursday morning that had the market closed near Thursday’s lows it would have led to a CBI of 8.
In summary, I wouldn’t consider the lack of a high CBI reading a negative for the rally potential. I’ve found it most useful as a short-term indicator and not suggestive of long-term implications.
0 Shares
Tweet
Share
Share
+1