There is an old Wall St. adage that suggests “Sell Rosh Hashana. Buy Yom Kippur.” It implies that between those two holidays that the market often struggles. I looked back to 1998. First, a quick look at the general numbers. (Note – if either holiday was on a weekend then the Friday before was bought or sold.)

At first glance there appears to be a solid bearish tendency. But the total loss appears to be thanks to primarily 1 instance. Here is a look at all the trades. 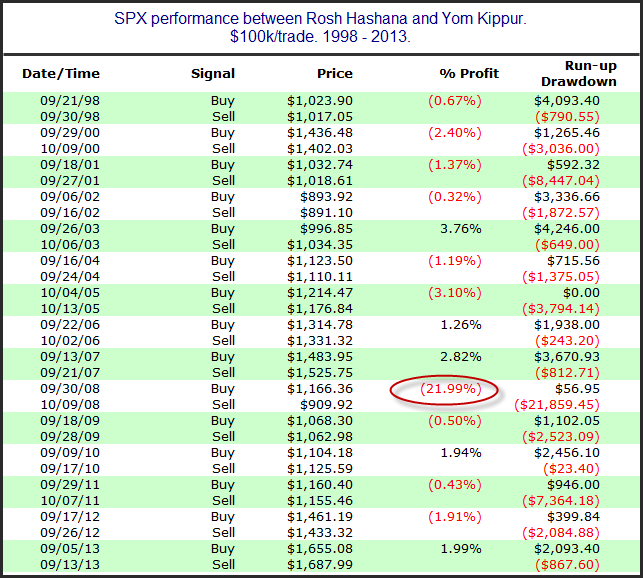 2008 was the big standout here. I wondered what a profit curve might look like without 2008 included. Here is that. 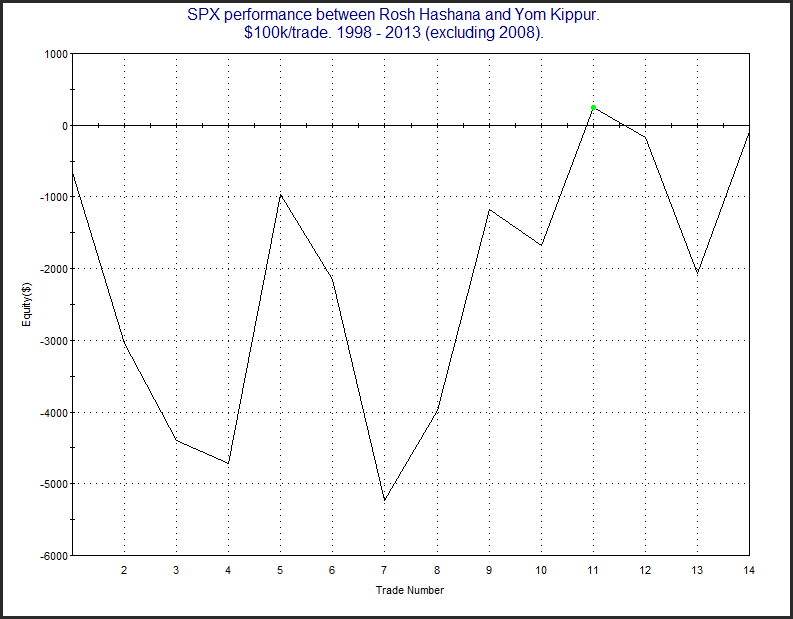 Very choppy and it has gone effectively nowhere.

Overall, my impression is that there may be some truth to the adage. But the dates are variable. They often fall during times in which there is weak seasonality (like the Weakest Week – this week). So I don’t think there is a reliable trade here, but perhaps the potential weakness is worth keeping in mind.